Championship Sinks In for Whittam 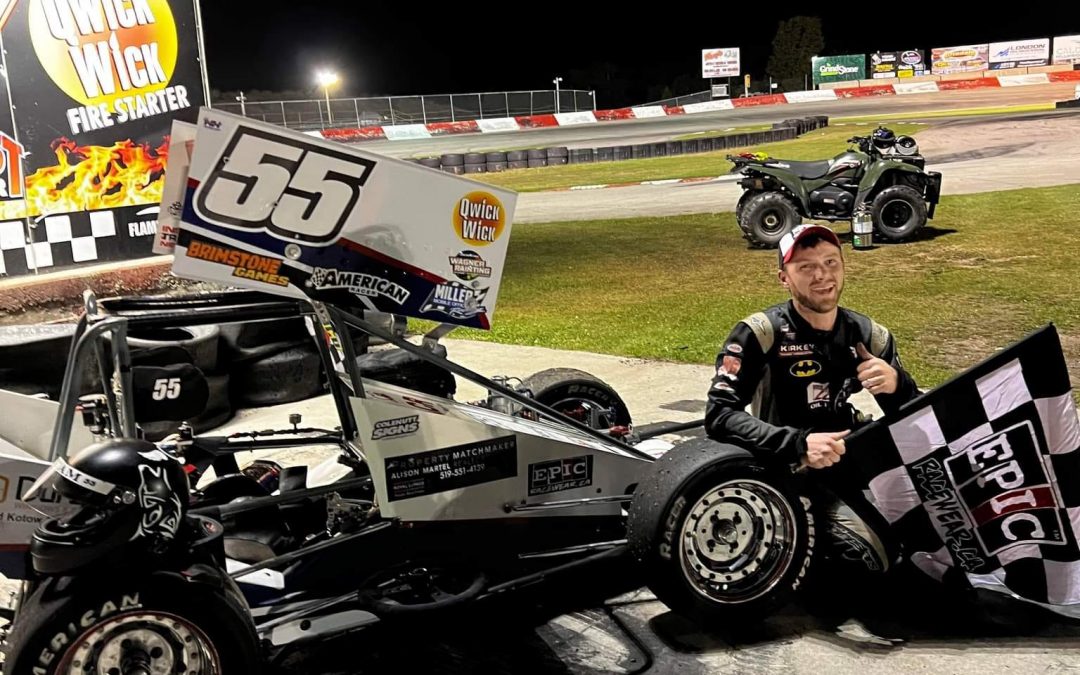 The Qwick Wick Can-Am Midgets presented by Miller Office Trailers season may be over. The 16-race schedule had excitement all throughout the year. Week to week. We had one of the closest battles in the cub’s history. The TQ midgets may be tucked away and quiet until next May, but we sat down with our 2022 series champion Cory Whittam, and asked him some questions about his championship crowning.

Cory drives the #55 car out of the Whittam Racing presented by Hryniuk/Hall Motorsports. Whittam came up through the Hurricane Midgets series (now known as the Outlaw Midgets), and was a champion in that series as well. Cory was the 2016 Can-Am Midget Rookie of the Year. Whittam got his first and second win in the series over the past few years before blistering the field, and obtaining many checkered flags this season. Cory is always willing to help anyone who needs it, he is always smiling, and you always know he is around with his unique laugh. We sat down with the 2022 champion and he had a lot to say…

We got right into the questions everyone would want to know the answers to. Specifically the questions about championship night at Flamboro Speedway on September 24th. “First of all, now that the dust has settled. Now the lights are out on the Qwick Wick Can-Am Midget season, has it sunk in yet that you are in the record books as the 2022 champion?” Cory responded with, “Being a champion is a huge accomplishment for me.  After the feature, I held that championship trophy up, and felt like I was on top of the world! At that point, I was in shock that I was the new champion. I drove home that night with no radio on, thinking about the whole season, what I had just accomplished…and my smile kept getting bigger. Since that night, I feel like a huge weight has been lifted off my shoulders.” “Going back to the race. Even before that. Going into the night, did you know what you had to do to be lifting that trophy over the rest of the field?” “When I started the final race at Flamboro Speedway,” Cory had said, “I knew where I needed to finish to win the championship. That is al I will say about that.”

Now that we have learned about Cory’s past racing experience and accomplishments. We have found out what he was thinking and what he felt on that night. We dive into next season already. Drivers, crews always think of the future right away. You need to prepare as soon as the last checkered fag flies from the previous season. “What are your plans for the 2023 season? Are you planning to return with the midgets and defend your championship title?” “My focus for 2023 is to run to defend my championship,” Whittam responded with confidence. “I have already set some goals, and there are already some great things planned.” “What are your plans for the off-season? Are you doing any upgrades to the car? Whittam commented, “Every off season I go over, and rebuild everything on the car. I always have a list of things to change. This off season, there are a few things on that list including giving the car a new look for the 2023 season.” 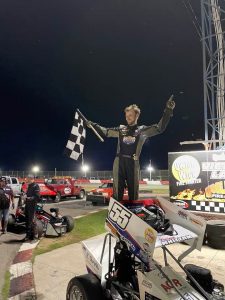 “I would like to take the time to thank my sponsors. Alison Martel Royal Lepage, Mike Breault, One Stop Lube, Maurizio Cochi, and ACR. Thank you to my new sponsors who came onboard this season…Wagner Painting (Eric Wagner), Wagner Transcription (Teresa Wagner), and Hickson Racing Engines. Thank you to my Mom, Dad, Connie, Maddie, Devon Raply, Carey Hickson, Jim Hickson, the Lay’s, the Mangin’s, the Hryniuk’s, the Hall’s, the Sheppard’s, the March’s, the Coleman’s, the Johnston’s, the Rickwood’s, the Zimmer’s, the Wilds’s. Kris Mckenzie, Howie Young, my Uncle Bob, Brent Nieson, Maurizio Cochi, Rob Neely, Mack Deman, JEC Distributors, and London drive systems for all of their help, advice, and support throughout the season! I would like to thank all of the club sponsors and all of the fans. If it wasn’t for you coming out to watch us put on a show, we wouldn’t be able to do this every week through the summer.”

Keep an eye on our social medias, and website for all the write-ups, updates, and news throughout the off season.