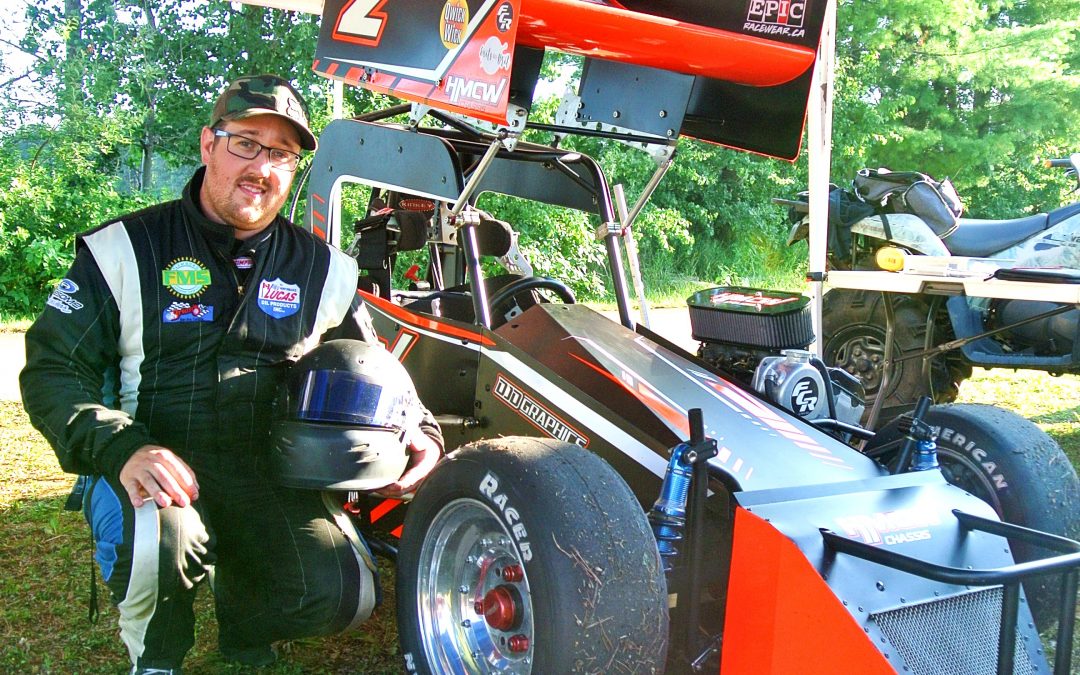 We now move into our top 3 in final points for the 2021 Qwick Wick Can-Am Midget season. The podium as you would call it on any given race night. Finishing 3rd on the year is the driver of the #2 HMCW owned TQ midget, Darren Mclennan.

Mclennan is no stranger to the Can-Am Midgets. He is a wheelman in one of these very quick TQ midgets. Darren has multiple podiums, wins, and was the 2011 champion! After many years in the club, Darren took some time off due to work, newborns at home, and other reasons at the beginning of the 2017 season. He didn’t sell his car however, wanting to come back when he was ready. He did sell it to Daniel Hawn in 2020 thinking his career was over. Mclennan did run the car for a race in 2020 until it was sold by Hawn to Luc Munsie, who now currently owns the car.

With Daniel Hawn’s dream of building his own TQ midget, Mclennan was able to make his full time return to racing in 2021. With a deal with Hawn and HMCW, Darren got back behind the wheel. In his eyes, it was like getting back on a bicycle. Mclennan parked his car on the podium the very first night back at Sauble Speedway on the July long weekend. With a win coming so close at Flamboro Speedway in August to only get beat in the final laps by eventual first time winner Brody Rickwood, Darren finished the season with 1502 points.

HMCW did sell the #2 TQ midget after the season, but is working on building a brand new car for 2022. With that in mind, we don’t know if Darren is coming back next year. We hope he does of course, but only time will tell. Be sure to keep watching our website and social media pages for updates.