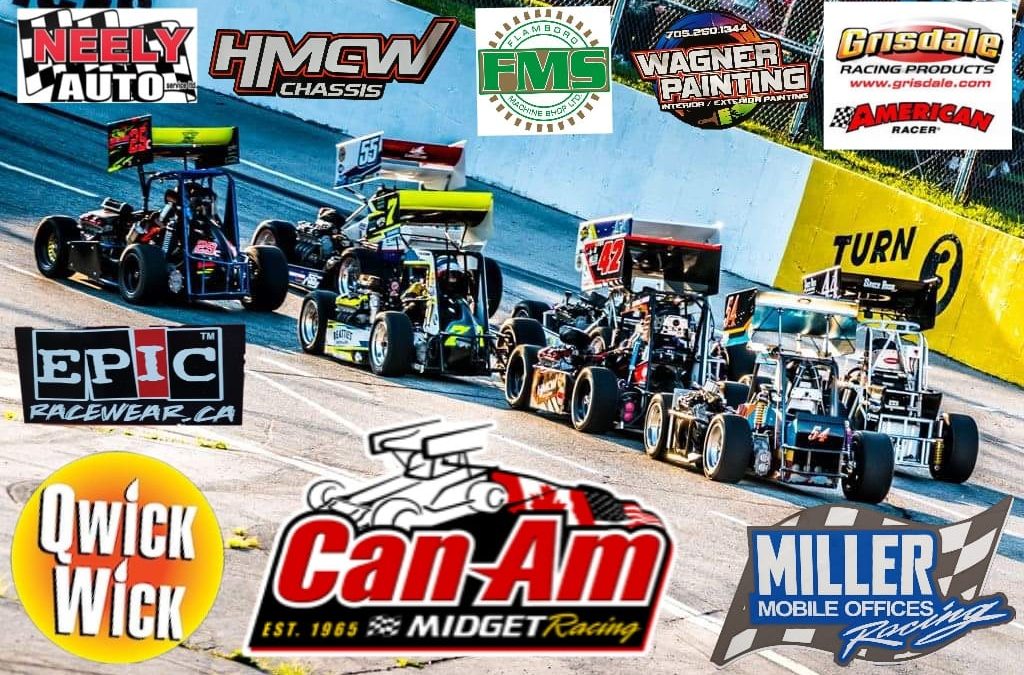 As the 2021 season has come to an end, there are many things going on behind the scenes in preparation to the 2022 season. Meetings, race scheduling, and much more. As this happens, we look back at 2021 as we had so much unknown and many firsts happen as well.

As the COVID-19 pandemic continued into the new year of 2021, there were so many unknowns and many things unanswered as race season came close to beginning in late April/early May. With the government of Ontario locking us down again, the 2021 race season was halted. We waited, but our officials, drivers, crews, and tracks were ready to race whenever we were able to. 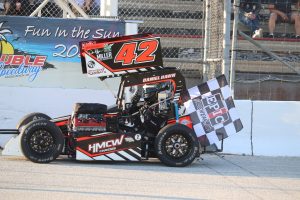 That time came, with an announcement in June that many things (including motor speedways) were able to re-open as long as protocols were in place. The Qwick Wick Can-Am Midgets presented by Miller Office Trailers just had a couple of tweaks to their schedule and all things considered, a 13-race schedule was set to unfold in their 56th season. The club picked up on the July long weekend with a double header to start the 2021 season. On top of this, the government granted to have fans allowed at a limited capacity starting that weekend!

With some new title sponsors in 2021, we were all excited to make them proud and spread their name. The drivers of the can-am midget series represented our club amazingly as the car count was amazing the first weekend out. Jeff Blackburn took the first checkered flag of the year with Daniel Hawn taking his first checkered flag with the Qwick Wick Can-Am Midgets the second night. Brody Rickwood would pick up his first career Can-Am Midget win later in the season as well at Flamboro Speedway. 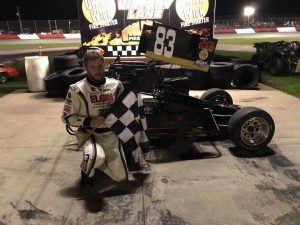 The TQ Midgets also had some new comers to the series. Mike Coleman driving the Barry Dunn owned #44. Mike is not new to the series with crewing for many drivers over the years, but new to being behind the wheel of a midget. Jaden Riddel made his debut in the Paul Gee owned #13 car, Paul Jorgensen in the HMCW acquired car #68, David Bidlake in the #59, and Mike Hryniuk making a start in the #55 car owned by Cory Whittam. We also had some drivers return for a race or two throughout the season. Adrian Stahle made a couple starts in Brandon Hauck’s #53 car at Sauble Speedway. Adam Racine made a start at Flamboro Speedway with Paul Gee’s #13 car when Jaden was away. This car is Adam’s old car, so he knew it very well. Darren Dryden made a start on championship night in Paul Harrison’s second #29 car.

Darren Mclennan, the 2011 Can-Am Midget series champion, made his full time return to the series after a 3 year hiatus in the newly built car from HMCW Chassis owned by Daniel Hawn. Craig Pitchell made the two starts the series was able to race in 2020, and returned full time in 2021 with a car acquired by Ryan Fraser. The 2004 champion of Paul Smith made his return in a couple late races in 2021 with plans to race full time again in 2022. 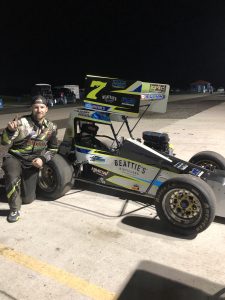 Keep up to date with all the news happening in the off-season on our website at www.canammidgets.com. On our social medias with Facebook and Instagram. Stay safe everyone.