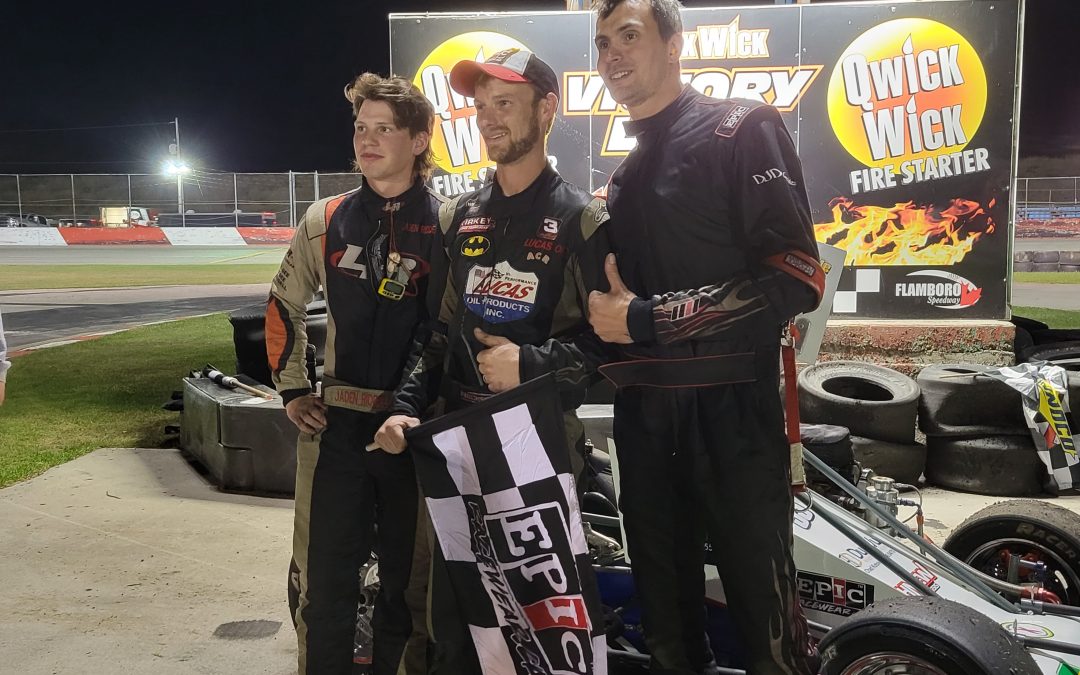 The Qwick Wick Can-Am Midgets presented by Miller Office Trailers finished out their 2022 season at Flamboro Speedway in Millgrove, Ontario this past Saturday night sponsored by Flamboro Machine Shop. A lot was on the line with only 34 points separating the top 3 in the point standings.

Heat race #1 got underway with Craig Pitchell (6) and David Miller (11) on the front row. Miller took the early lead with Cory Whittam (55) charging to the front to gain points on the championship leader. This HMCW Chassis heat race went green to checkered with Miller taking home the checkered flag. Heat #2 saw rookie contender Andrew Whelan (5) and James Stanley (57) leading the field to the green flag. Chaos on lap 1 with the #29 car of Paul Harrison and championship leader Jeff Blackburn (7) colliding on the backstretch sending Harrison into the wall and ending his night. Blackburn was able to tag onto the rear of the field to continue. The restart saw side by side racing with Whelan and Daniel Hawn (42) with Hawn claiming the lead. Hawn went on to visit HMCW Chassis victory lane before missing the scales causing his #42 machine to be DQ’d from the heat race. This would hand over the win to Whelan. This would be Andrew’s first heat win in a TQ midget. The disqualification would bring Whittam closer to the championship lead and Hawn having to start the feature race from the back.

As things cooled down after the chaotic heat races, the last 25-lap feature event was up next to decide the 2022 series champion. Pitchell and Whelan would start on the front row. Pitchell would storm out to the early lead before Miller took the lead on lap 2. The first caution of the race would fly for a single car spin in turn 4 by Bob Bailey (46). On the restart, Whittam hung back to get a good launch off of turn 2 claiming the lead. This was the caution Hawn needed, as he stormed up to 4th place on the restart to start his charge to the front. Whittam had pulled out close to a straightaway lead, just demolishing the rest of the field on pace. The rest of the race went caution free with Whittam taking the double checkered flags with Miller and Jaden Riddell (13) finishing on the podium. Hawn and Whelan would round out your top 5 finishers. 6, 57, 72, 68, 44, 53, and 46 rounded out the full field of finishers. After some crunching of numbers by the official scorers, Whittam and the #55 team would be crowned your official 2022 Qwick Wick Can-Am Midget series presented by Miller Office Trailers CHAMPION! 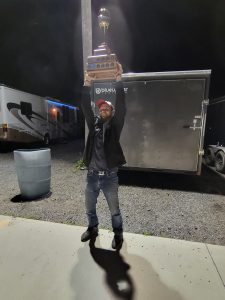