Top of the Standings 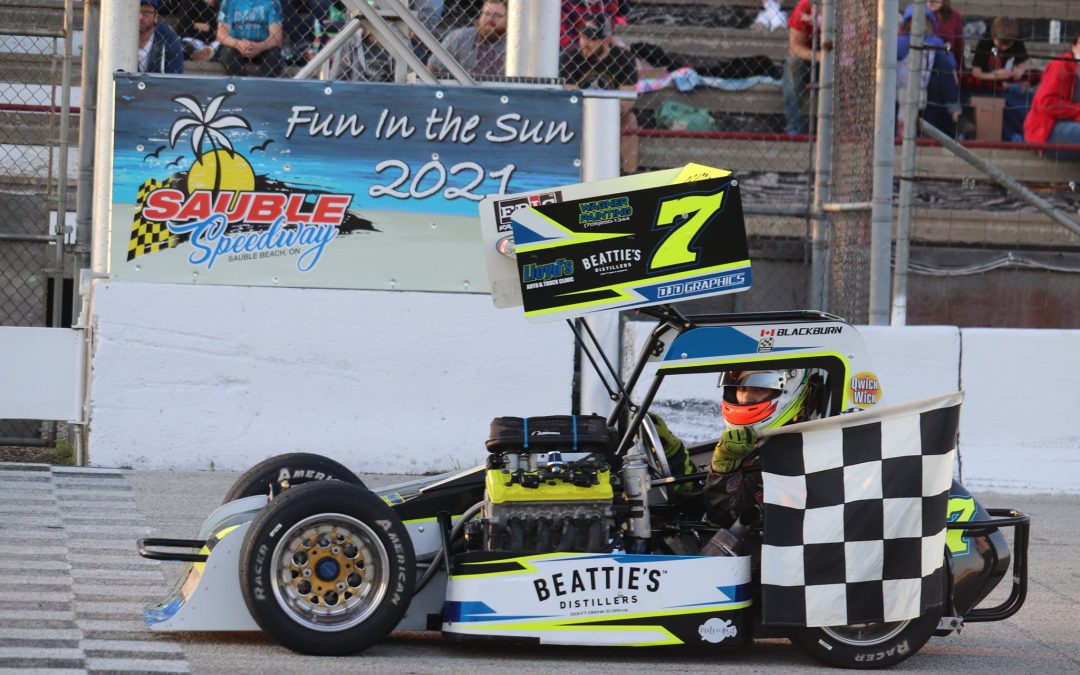 We have counted down the top-10 drivers of the 2021 Qwick Wick Can-Am Midget series presented by Miller Office Trailers season. Well, I guess the top 9 so far. With the schedule being released for the 2022 season this week, it is only fitting we end the countdown with, of course, the champion from 2021!

Jeff Blackburn in the #7 TQ midget finished the season with 1618 point on route to winning the 2021 championship, his first with the Can-Am Midgets. Blackburn had many podium finishes throughout the season, on top of his hat trick of 3 victories. Jeff obtained a new car over the off-season. What used to be the #40 Andy Mackareth car (driven by Mack DeMan). He started the season very fast, “off the trailer” as they say. Winning on opening night at Sauble Speedway in July. Blackburn mentioned that “First time on the track, I never felt such a well handling car.”

Jeff kept consistent all summer long. Finishing in the top 3 podium places. He was able to rack up a couple of wins late in the season to keep on top of the standings. Having a very tight battle for the championship with Daniel Hawn in the #42 TQ midget all season long, which led into the last race at Flamboro Speedway. When Jeff was asked about his 2022 plans, all he said was. “We will be returning to defend!”

That is the end of our top-10 points standings countdown for the 2021 season. Stay tuned to our social media platforms for the next segment that we have planned in the next day or two.