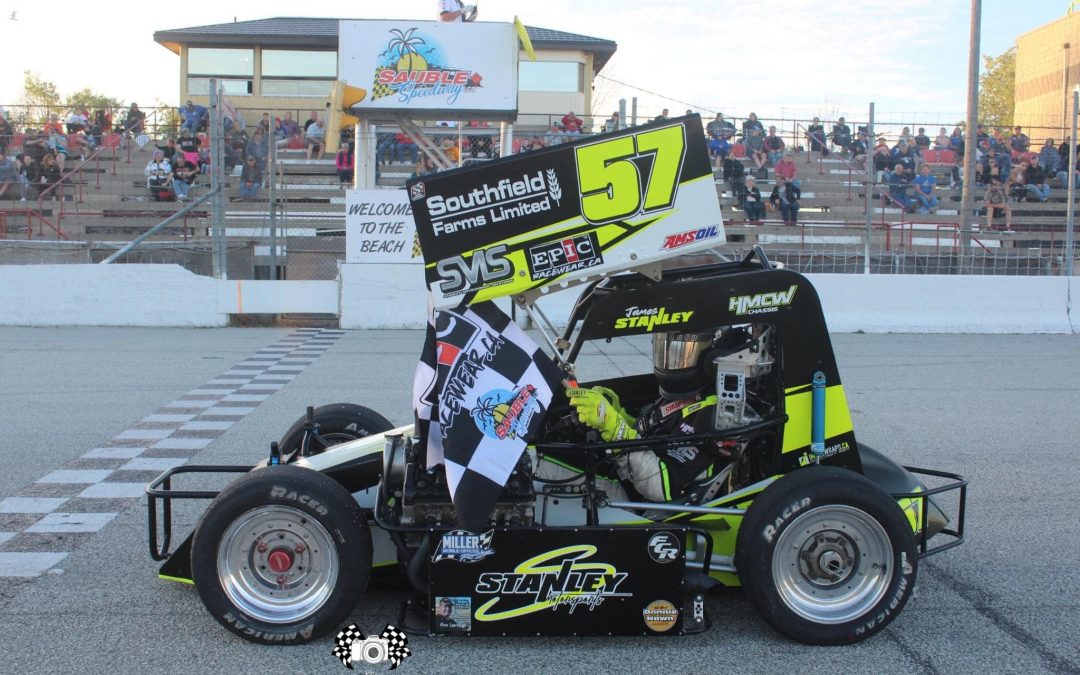 We make our way into the top 5 point standings from the 2022 Qwick Wick Can-Am Midgets season presented by Miller Office Trailers. We start that top 5 with of course 5th place. That position belongs to the #57 car AND Rookie of the Year, James Stanley.

Stanley has been out of the Hawn Motorsports shop throughout his career in the Pro Sprints. He made a few appearances in the HMCW Chassis prepared TQ midget here and there the last couple of years. 2022 was going to be the year he ran full time and acquired the #2 machine from Daniel Hawn that was built from the ground, up in the HMCW Chassis shop. 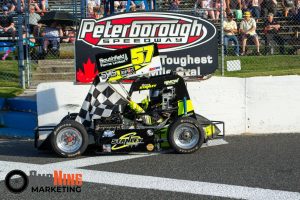 This was not a mistake. Along with his great driving ability, Stanley had an amazing rookie season, finishing up with 8 top 10’s, and 5 top 5’s, and 2 podiums. After what he thought would be his first heat win with the club, he forgot to go to the scales and was disqualified for that win. James went on to claim 4 heat race wins, and his first Qwick Wick Can-Am Midget feature A-main event at Sauble Speedway on Labour Day weekend.

If you would ask James Stanley if this was a successful year, I think he would strongly agree and it shows, claiming the Rookie of the Year honors as well. Stanley and the #57 crew look to come out stronger and finish higher up in the standings in 2023!