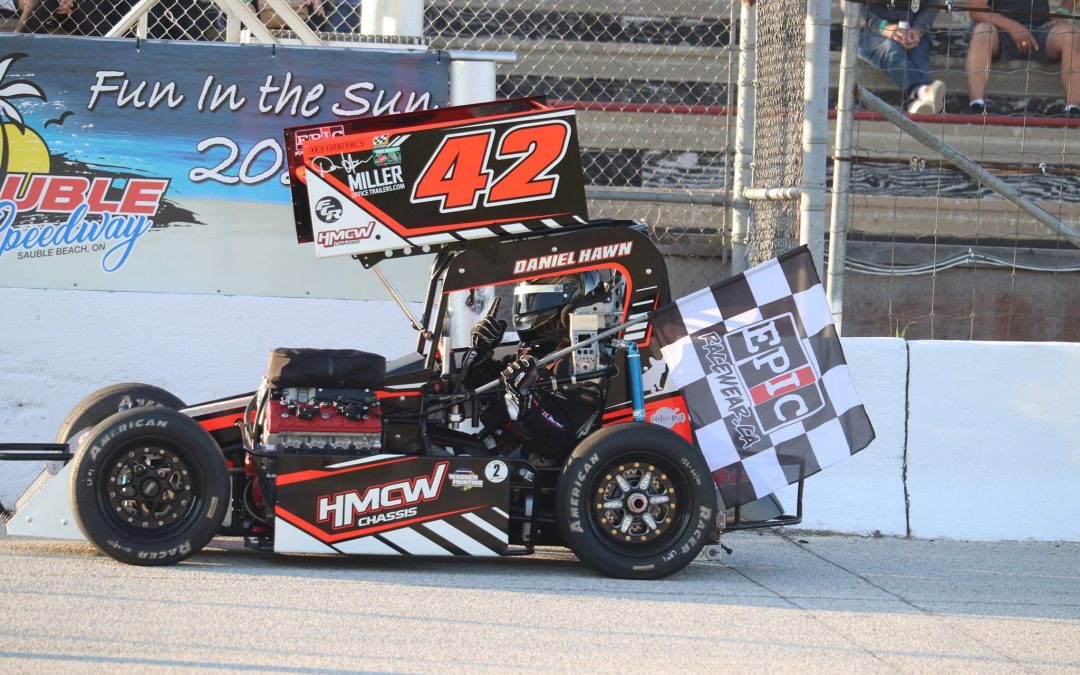 We are down to 2 cars. Two drivers. Two people who had a hard fought battle all season long for the Qwick Wick Can-Am Midgets presented by Miller Office Trailers championship. We start with the driver of the #42 TQ midget of Daniel Hawn.

Hawn ended the season with 1606 points. Going into championship night just 6 points back of eventual champion Jeff Blackburn. Daniel took his first win of the year at Sauble Speedway on night #2 of the double header weekend. Adding a second win in a row at Flamboro Speedway next time out as well. Hawn had multiple podium finishes in 2021 as well making it his best season in the Can-Am Midget series to date.

Hawn was of course dejected after losing the championship. Nothing to be down about with his great season. On top of all his in-car racing, Daniel is very good at fabrication. He built the #2 car driven by Darren Mclennan from the ground up. He is currently building another car in the off-season. Hawn sponsored all of the club’s heat races through HMCW (Hawn Motorsports Chassis Works). If you need any help building/repairing your race cars, both small or big, Daniel Hawn is your guy. Thank you Daniel and HMCW for their support!

All drivers better look out next year as Hawn looks to come back even stronger in 2022 to come out and take the championship he wants.