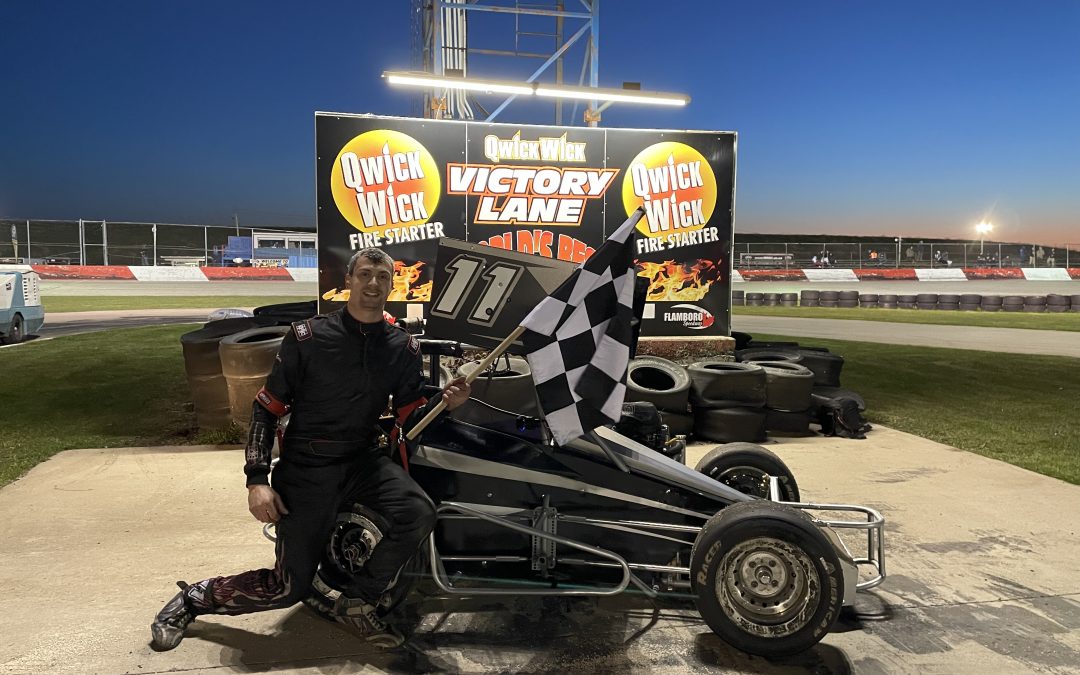 After a very long winter. After a very long off season, the Qwick Wick Can-Am Midgets presented by Miller Office Trailers drivers were eager to get to the track, and get racing for the first time in 2022.

16 drivers and teams rolled into Flamboro Speedway in Millgrove, Ontario this past Saturday evening for race #1 of the 2022 season. The fearless drivers did not hold back at all right off the hop during practice. They had two practices to dial in their setups for the races. Heat #1 was up for the first official green flag of the 2022 season. The #11 car of David Miller and #49 of Dominique Smith were on the front row to lead the field to the green flag. Caution flew quick with the #81 car of Cassidy March spinning out of turn 4 with more issues with his driveshaft. March pulled off and was finished in the heat to fix the issue. The race went green to checkered when restarted with Miller taking the HMCW Chassis checkered flag. 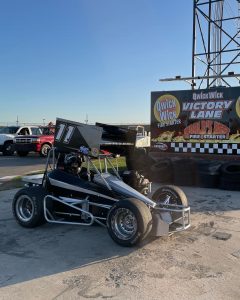 Heat #2 took the track with the #6 car of Craig Pitchell and #83 of Brody Rickwood leading the field to green. Rickwood sped to the lead with the #55 car of Cory Whittam right on his tail. Clean race until lap 8 brought out a caution for the #53 rookie of the year contender Roberto Polillo went spinning down the front stretch right in front of the leaders almost clipping the wall. Rickwood defended his lead on the restart and took the HMCW Chassis checkered flag in heat race #2. 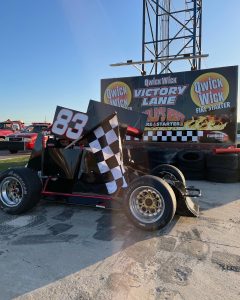 A brief intermission at the track and between local divisions, the quick TQ midgets were lined up and ready to go for their 25 lap A-main event. With the iconic 4-wide salute to the fans and tire scuffing done, all 15 drivers were ready to do battle. Pitchell and Miller led the field to green with Miller shooting out to take the lead. Caution flew on lap 2 with the #46 of Bob Bailey taking a spin in turn 2. Hard racing on the restart with shifting of positions. Lap 4 saw another caution fly for Rickwood spinning on his own in turn 4 collecting the #42 of Daniel Hawn in the process. Both cars were able to continue. Miller and Whittam checked out from the field on the restart lapping the back half of the field. Slicing through the lap traffic and with Whittam on his tail, all cars finished with the exception of the #48 of Brian Woodland, #5 of Andrew Whelan, and #49 of Dominique Smith. Smith having engine issues with 2 laps to go. David Miller crossed the line first with his fists pumping in the cockpit. This was Miller’s first feature win with the Qwick Wick Can-Am TQ Midgets.

Thank you to Flamboro Speedway for the hospitality. Thank you to all the drivers, crews, and officials for making the first night a nice, clean night of racing. The Qwick Wick Can-Am Midgets presented by Miller Office Trailers are off this week. Race #2 to take place at Sunsetg Speedway in Innisfil, Ontario on May 21st as part of their spring velocity weekend.