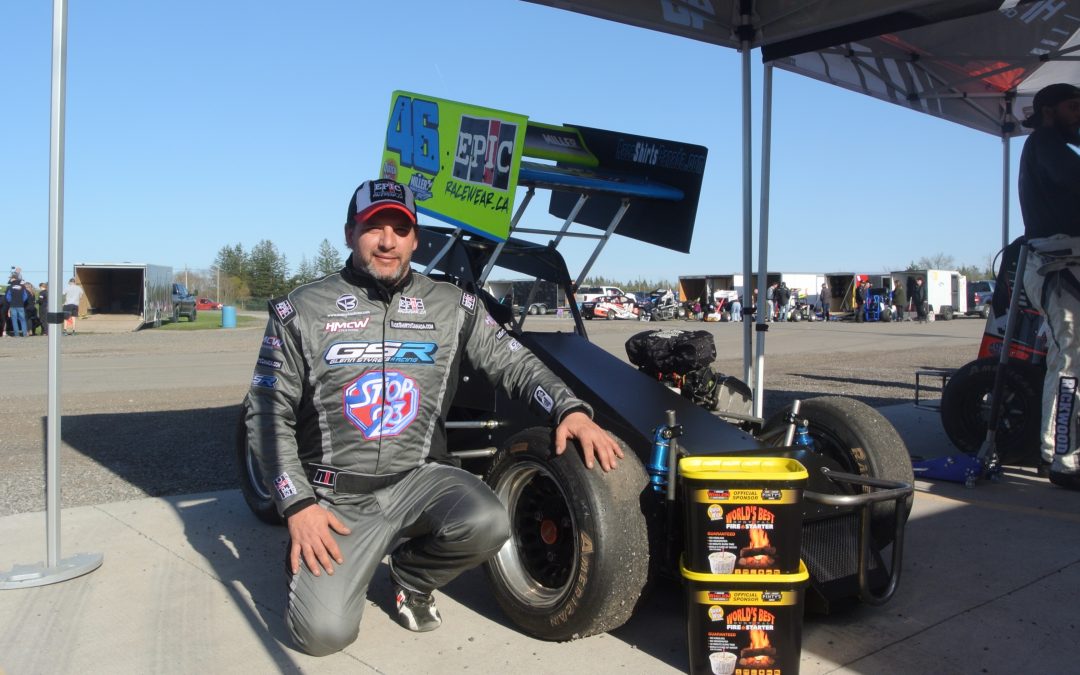 Next up on our top 10 point standings countdown is the #46 car of Bob Bailey. Everyone knows Bob around the race tracks in Ontario, and abroad with his and his brother’s (Dan Bailey) business of EPIC Racewear. If you need any race suits, crew shirts, tents, etc. EPIC Racewear are the ones to call! Bob has raced in the Can-Am TQ midgets series for the past five seasons along with being a great supporter of the club through EPIC.

Bob finished the year 9th in the Qwick Wick Can-Am Midgets presented by Miller Office Trailers points for the driver side part of things. He did end up 8th in the owner’s championship for the #46 car with a guest driver of Jr Farrelly before Farrelly picked up his own ride.

Despite missing that one race where Farrelly did run the car at Peterborough Speedway on June 25th, he salvaged 2 top 10 finishes and did make a few Larry’s Small Engines Dash-for-Cash races in between the heat races and feature event.

Bob looks to continue to improve on driving the #46 car throughout the off-season, and of course, always to have fun while doing it! Keep an eye out on the rest of the top 10 Qwick Wick Can-Am Midgets point standings.