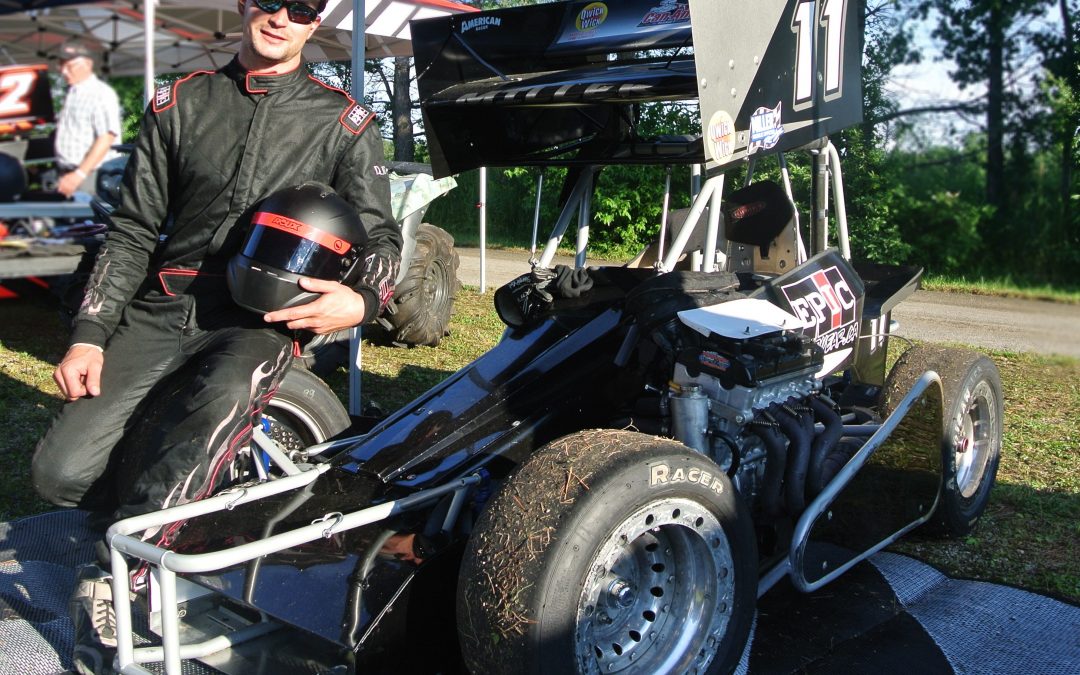 We continue on our countdown of the top-10 final points standings of 2021 for the Qwick Wick Can-Am Midgets presented by Miller Office Trailers. Finishing 7th in the final standings was the driver of the #11 black TQ midget, David Miller despite missing one race night midway through the season.

Miller started the season at Sauble Speedway with only having to make a few tweaks and coming out with a heat win on night #2. That seemed to be the track of the year for David, as a lot of his heat wins, best finishes, and best points nights came at the 1/3 mile track. Miller and his dad started to go the wrong way with the setup midway in the season. When asked about that, he said, “We tried new things. We put new shocks on the car, and that through the whole balance off. We put the old shocks back in, and I liked it.”

David had a hard fought battle at the last race of the season with the #55 car of Cory Whittam at Flamboro Speedway. Both cars were the fastest cars of the night, both winning their respective heat races. Unfortunately, the first corner of the 25-lap feature event, Miller tagged the right rear of the car in front of him sending him into the outside wall ending his season.

Despite this, David had much to say about his 2021 year in review…”2021 was suppose to pick up where I left off in my 2019 Rookie of the Year campaign. We did several upgrades to the car which were suppose to make it better. At the first race of the season at Sauble, we thought it did with both a top 5 finish and our first heat win! But after that, it was a struggle with handling. So after struggling for several months, we put the car back exactly to the rookie setup and I found my speed again, picking up two more heat wins and many solid top 5’s!” When asked about his goals for the 2022 race season, Miller responded with, “The last race of the season at Flamboro Speedway, I had a rocket ship of a car, but bad luck ended with hutting the outside wall. The car is back together already and will hopefully be that same rocket ship going into the 2022 season! Huge thanks to my wife Michelle, my Dad, Dale Barton and all the friends and family that came out to support me! Thanks to all the club sponsers, Quick Wick, Miller Mobile Office Trailers, Epic Racewear and Grisdale Racing Products.”