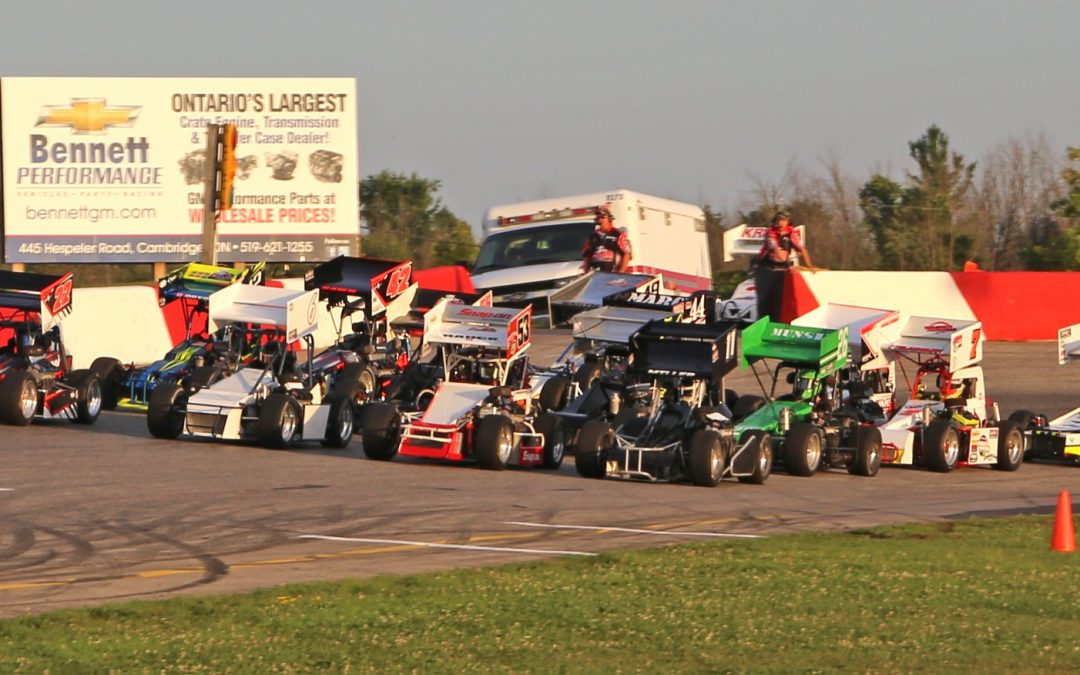 It was a long drawn out off season, thanks to a long winter and the COVID-19 pandemic. But we finally got the 2020 season started Saturday night at Flamboro Speedway. On the card for the night was two heat races and a 30 lap A-Main. As well as the return of former champion Darren McLennan driving his former championship winning car for Hawn Motorsports.
The night got underway with heat #1, Paul Harrison and David Mathers led the field down to the first green flag of the season. Harrison jumped out to the early lead but it didn’t last long, when Darren McLennan slithered past on lap 6 to take the top spot. Caution flew for a spinning Brody Rickwood in the #83 car one lap later. McLennan and Daniel Hawn restarted on the front row. With just two laps left in the race Hawn blew past McLennan on the outside in turn 2 of the restart and never looked back. Hawn wins, McLennan 2nd and Dom Smith rounded out the top 3. 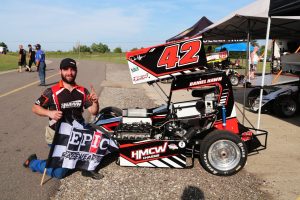 Heat #2 was next up with Craig Pitchell in his new #6 car (formerly Ryan Fraser’s) started from the pole, with Cory Whittam starting along side. Pitchell held the lead from the drop of the green with some great side by side action behind him, until two-time and defending champion Darren Dryden snuck by with just 2 laps to go. Dryden went on to win, Jeff Blackburn finished 2nd and Luc Munsie 3rd.

After what seemed like a long break between heats, the highly anticipated A-Main got underway with David Miller and Darren McLennan leading the way to the green flag. David Miller jumped out to the early lead until Darren Dryden quickly closed in from his 4th place starting spot to take the lead on lap 5. The yellow flag waved for the first time, when Jeff Blackburn slowed for a malfunctioning right front brake rotor on lap 13. Dryden, Miller and Munsie had the top 3 spots coming to the restart with 18 laps to go. Daniel Hawn had a great restart and jumped into 2nd position coming out of the second corner on the restart. Brandon Hauck who started near the back of the field had also worked his way up to 3rd the next lap in close pursuit of the top 2. Caution flew again on lap 19 for a spin by Cory Whittam in turn 4. Dryden and Hawn made up the front row for the restart with just 11 laps left. However the yellow came out 4 more times for spins shortly after restarts. With the final restart coming on lap 22. Darren Dryden went on to win the first A-Main of 2020, with Daniel Hawn getting his first podium and Brandon Hauck finishing 3rd.

“It was great to be back out there and a huge thanks to Flamboro Speedway and the Can-Am Midget division for putting on the event. ⁣⁣A big thanks goes out to the Can Am Midget officials and division sponsors for the night of Wagner Painting, HMCW Chassis, Mike Brittain and Flamboro Machine Shop.⁣” – Dryden said in victory lane.
We’d also like to thank all the fans for tuning into our Facebook Live broadcast of the racing action Saturday night!
There is a potential date for a second race next month, but more information will be released at a later time.