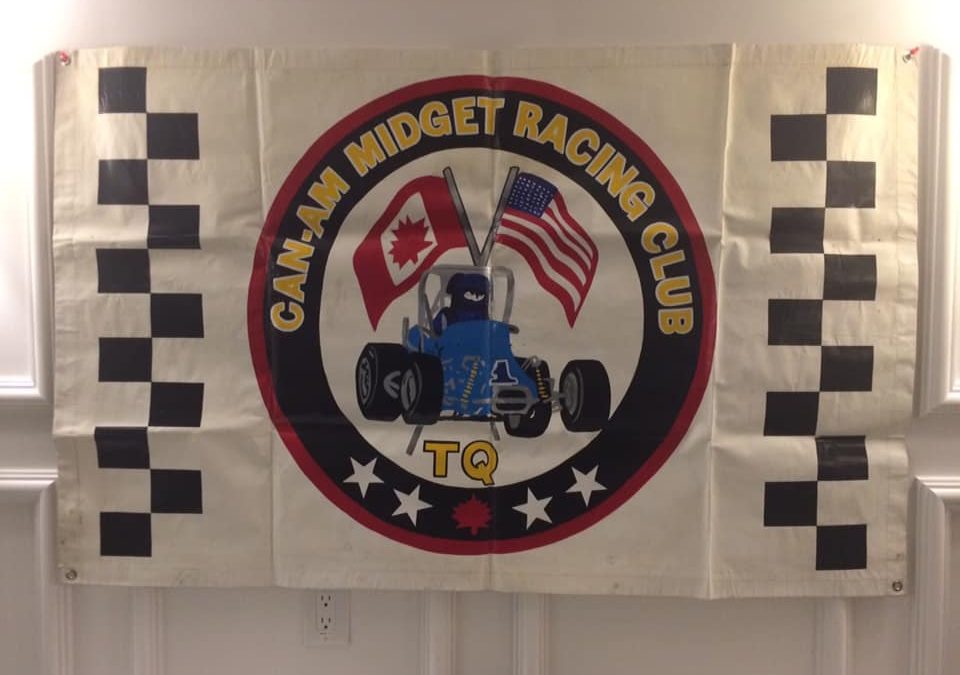 This past Saturday, all of the Can-Am TQ Midget racers, officials, families, friends, and sponsors got together to celebrate another great racing season and the 54th overall season. Everyone got together for cocktails to catch up after a long hiatus from the last race of the season back in September. Always after a great dinner provided by the Best Western Cairn Croft in Niagara Falls, Terry Watts got up to MC the night as he does so well year after year. A few jokes to start off the night and a message from our great president, Justin Fraser.

The “George McIntyre Memorial” Rookie of the Year went to the #11 of David Miller finishing 5th in points as well in his first full season the the TQ Midgets.

The “Albert Banyard” Sportsman of the Year award went to Ryan Fraser being presented by the great legend Albert himself. Ryan accepted this award with honor and said, “I thought I would never get this award as I think of myself as not a nice person.” getting a laugh his competitors on hand.

The “Rick Sykes Memorial” Most Improved Driver award went to the #53 Brandon Hauck with his outstanding improvements throughout the 2019 season. Brandon unfortunately had previous engagements and could not attend.

Best Appearing Car went to the #29 Paul Harrison thanking Darren Dryden for the outstanding design work. Darren then got up to present the “Harry Macy” Mechanic of the Year award to both his father, John Dryden and crew chief Steve Garry for helping him win the championship for the second year in a row.

The 2019 Official of the Year voted on our members was the great Terry Watts for his outstanding work season in and season out. 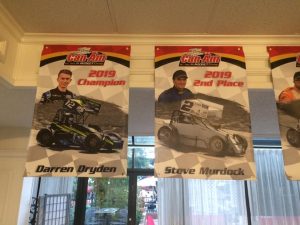 Congratulations to all the competitors on a great 2019 season. To Darren Dryden and the whole 12 team on their second consecutive championship. Thank you to all the 2019 officers, board of directors, and officials for all they do both on and off the track. Thank you to our sponsors, Grisdale Racing Products, American Racer Tires, Neely Auto, EPIC Racewear, and Flamboro Machine Shop for all their support. All of the tracks across Ontario that allow us to come out and play every week. And of course, the fans! Without you, we wouldn’t be able to come out and have fun, and put on a great show for you.

We hope to see you all in 2020 with an amazing and busy race season ahead of us!